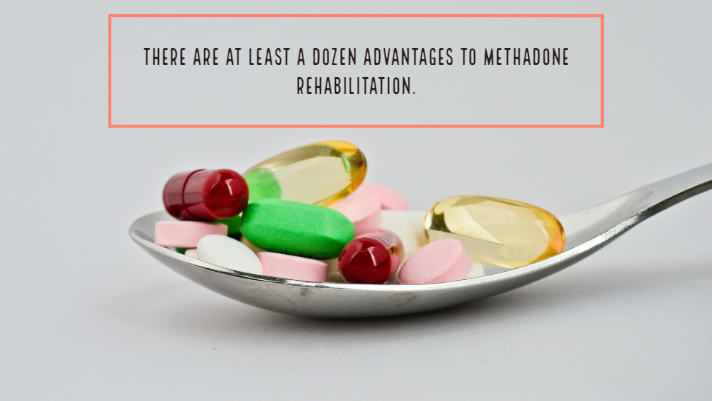 The number of reported lethal overdoses declined among those who are on methadone rehabilitation treatment, as opposed to those who are not in a detoxification program or having any treatment at all.

A significant decline in prostitution has been documented as a result of receiving methadone maintenance treatment.

Illicit drug use has declined among patients receiving methadone maintenance treatment. Studies have found that patients are responsive to treatment programs of 45 days, and afterwords are less likely to use heroin again.

The costs associated with treating patients who have an opioid addiction decline when they are in a detoxification program. Methadone rehabilitation programs actually are more cost-effective because of their preventive nature.

Treatment in a clean, sanitary environment such as a methadone center decreases the individual’s heroine use disorder. There is less need for multiple sex partners for money, and as a result of that, a reduction in the number of reported cases of AIDS.

Needle sharing is a common practice among heroin addicts and those addicted to opioids. Methadone centers provide clean environment for methadone rehabilitation treatment, reducing the need for needle sharing among addicts.

How effective is methadone? Statistics from treatment centers tell the story. And clearly, the need for increased methadone treatment is apparent, with the number of people starting heroin use in 2016 being twice as many as those who started in 2006. In that year, 90,000 people began using heroin compared with 170,000 people who began for the very first time in 2016. The many documented benefits of methadone treatment are a step in the right direction in alleviating this problem, which has so many destructive and far-reaching effects.