< What Is The Most Effective Treatment Method For Opioid Withdrawal Symptoms Today?

What Is The Most Effective Treatment Method For Opioid Withdrawal Symptoms Today? 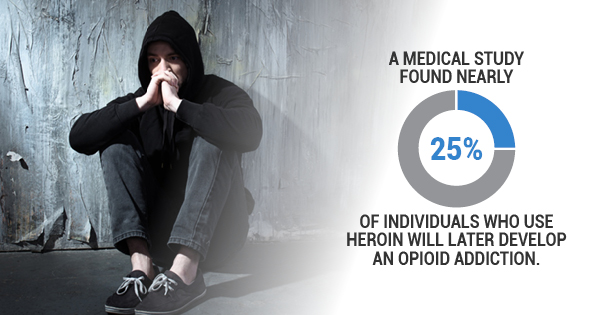 Addiction looks a little different from person to person.

This is actually one of the biggest barriers toward receiving treatment, not at all helped by stereotypical behavior portrayed in mainstream media. Withdrawal symptoms can be so subtle as to seem entirely normal, blamed instead on a bad day or just feeling a little 'off'. This can make an addiction slide right under your nose until you're unable to get through the day without a drink or a dose. Fortunately, there is effective treatment available once you're able to determine the root cause of your addiction.

Opioid withdrawal symptoms can be effectively managed with the aid of a Chicago methadone clinic...but first, you need to determine whether or not you're addicted.

Portrayal Of Addiction In America
Pushing aside exaggerated portrayals is one of your best tools in finding helpful resources and tempering your addiction. Alcohol remains one of the most common forms of addiction in the United States, though it can come off as glamorized in movies and shows due to party culture. Opioid and heroin addiction can be especially tricky to spot due to seeming necessary at the time, as a recent study revealed four out of five new heroin users started out by misusing prescription painkillers. Your own addiction needs to be better studied, as well as the root, to help you find a smart course of action.

Misusing Prescription Painkillers
As touched on above, a frequent warning sign of a deeper dependency is misusing prescription painkillers. This can later slip into a dependency on heroin, a particularly addictive drug that can see your life turning upside down in an instant. Of the over 20 million Americans over the age of 12 that had a substance use disorder back in 2015, around two million had a substance use disorder involving prescription painkillers. Another medical study found nearly 25% of individuals who use heroin will later develop an opioid addiction.

Mental Health Issues
Addiction is a symptom, not a cause. Many Americans find themselves turning to prescription painkillers or alcohol because of severe mental health issues. Depression is a widespread condition in the country that affects tens of millions of people, followed only by anxiety disorders. When the pain of mental illness makes even getting out of bed an ordeal, addiction seems like a small price to pay. Meeting with a methadone addiction center and asking for a consultation can also include an overview of your mental health and whether or not it's a factor in your dependency.

Effective Drug Treatment
It's important to know what doesn't work as well as what does when searching for a solution to your opioid withdrawal symptoms. Abstinence-based, non-medical treatments for opiate addiction have a success rate of just 5% to 10% and should be avoided. Inpatient methadone treatment, on the other hand, is much more effective at reducing withdrawal symptoms and returning control back to you. According to SAMHSA's OTP Survey back in 2011, over 270,000 people were receiving methadone treatments for heroin or opioid addiction.

Reaching Out To A Methadone Clinic
Your opioid withdrawal symptoms don't have to rule your life. A methadone center can provide you with a reliable form of treatment that can help you manage the common side-effects that come with withdrawal and help you start feeling more like normal. Back in 2015 over 590,000 people suffered from a heroin use disorder of some kind, with a significant chunk of that number being teenagers. Methadone treatment success today ranges between 60% and 90%, with outcomes improving significantly the longer a patient remains in-treatment.

Does methadone work? Just look again at the statistics and think about how much easier your life can be once your opioid withdrawal symptoms are under control.