< Recovery Houses Are Prohibiting Methadone Use For Residents

Recovery Houses Are Prohibiting Methadone Use For Residents 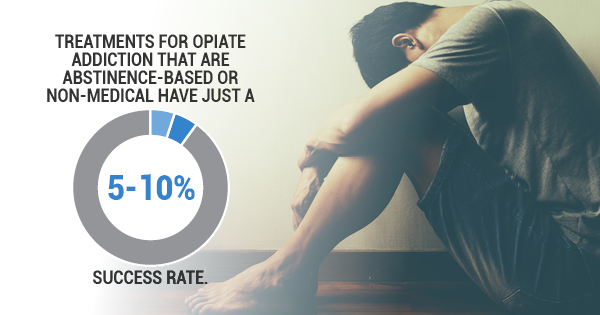 According to a report from NPR, operators of sober living houses tend to look down on medication-assisted treatment to battle opiate addiction, including the use of methadone, naltrexone, and Suboxone. While these commercially-run recovery houses provide a much-needed support system for people battling addiction, prohibiting the use of medication to battle addiction is not productive.

These facilities have residents go to therapy and meetings of groups such as Narcotics Anonymous or Alcoholics Anonymous, but they also demand cold turkey sobriety. Treatments for opiate addiction that are abstinence-based or non-medical have just a 5% to 10% success rate. One operator of a recovery house, Barbara Williamson, was able to quit heroin cold turkey and prohibited methadone and Suboxone in her house because she saw the medicines as a crutch.

Williamson said that with the support from a recovery house, she was able to shake her addiction to heroin and credits it with saving her life. However, after seeing a Facebook post criticizing an abstinence-only approach to opiate treatment, she did some research to try and prove the poster wrong. What she found in taking training courses and talking to doctors was that medication-assisted treatment can help addicts wean themselves off of opiates, providing long-term solutions rather than short-lived sobriety.

For residents like Cristina Rivell, this marriage between a clinic and a recovery house was exactly what she was looking for. Rivell relies on Suboxone to curb her addiction but had trouble staying sober due to a lack of emotional support. For Rivell and many others, ditching the medical treatment isn't an option, as that is what takes her mind off of the addiction.

According to researchers of addiction treatment, evidence supports that medication-assisted treatment reduces the risk of opioid overdose. In the continuing opioid crisis in the Midwest, methadone clinics in Chicago suburbs can help. According to the Illinois Department of Health, there were 958 opiate-related overdoses in 2017 in Cook County, compared to 486 in 2013. The Centers for Disease Control and Prevention recently reported that overdoses, largely from opioids, are the leading cause of death for people 50 and under.

Treatment centers such as methadone clinics in Chicago suburbs assist those facing addiction by preventing intense withdrawal symptoms and continual opioid cravings. People in recovery have a better chance at long-term recovery success and better participation in addiction treatment as they are not distracted by withdrawal symptoms.