< What is the Opioid Epidemic?

What is the Opioid Epidemic? 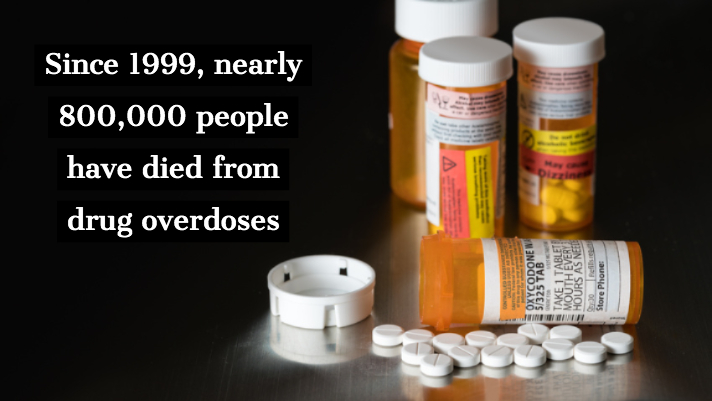 It's very likely that you have encountered a reference to the continuing opioid epidemic in the United States. News about the growing and deadly crisis is common, with daily reports of lawsuits against pharmaceutical companies, rising death tolls, mounting statistics, and outreach and awareness initiatives. The briefest definition of the opioid epidemic is that it is a decades-long escalation in the proliferation of opioid-based narcotics, the deaths that result from their use, and the long- and short-term hospitalizations in both traditional hospitals and in methadone addiction treatment centers. But there is a great deal more to understand about what the opioid crisis is, which drugs are part of the epidemic, and how it got started.

Opioids are drugs that are made from opium, a byproduct of the poppy plant. The most common drug with medical applications is morphine. Some other common opioid-based drugs are Codeine, Fentanyl, Oxycodone, and, of course, methadone and heroin. Heroin and other illegal derivations of opioids were developed as a response to the scarcity of the highly addictive morphine; methadone is a synthetic opioid used in methadone addiction treatment centers.

What is the Opioid Epidemic?

Much of the opioid crisis that has flooded the news, hospitals, and methadone addiction treatment centers has resulted from the overprescription of opioid-based pain management medications. Many opioid addictions manifested during the epidemic started with pain management, grew into pain pill addiction, and resulted, ultimately, in the illegal use of opioid narcotics. Those addictions, relative to the current crisis, resulted in increasing dependence on opioids, illegal pursuit of opioids and heroin, and prolonged, often repeated, heroin addiction treatment in hospitals and methadone addiction treatment centers. Almost as frequently, those addictions have resulted in death. From the estimated onset of the epidemic in 1999, until the end of the 2018 calendar year, nearly 800,000 people have died from drug overdoses, with nearly 70% of those overdoses related to or involving opioid-based drugs. It’s the numbers that tell the story.

The Opioid Epidemic By the Numbers

Data from 2014 showed that an alarming 2.7% of people aged twelve or older were addicted to some narcotics. In 2015, nearly 600,000 people were active users of heroin, a tenth of them teenagers. The number of first-time heroin users has increased by 61% between 2006 and 2016. Approximately 80% of those first-time heroin users were first exposed to opioids in pain relievers prescribed by a physician. The rate of death from opioid misuse has increased rapidly over the last five years and currently stands at around 40,000 per year, sometimes as high as 115 per day.

How the Opioid Epidemic Started

While the onset of the opioid epidemic is generally set at somewhere between 1999 and 2010, the factors that precipitated it can be traced back a bit further. It’s speculated that as pharmaceutical companies developed new effective pain relief medications in the mid- and late-1990s, they aggressively marketed these drugs to hospitals, physicians, and other medical practitioners. The bulk of this wave of drugs contained synthetic opioids. Representatives of the pharmaceutical companies advertised the new drugs as less addictive than alternatives, or not addictive at all. Doctors eager to relieve patients’ pain without endangering their health with addictive narcotics began prescribing the new synthetic and semi-synthetic opioids broadly. As pain is often transient, especially with medical care, and responsible doctors limit the volume and frequency of pain management medications, the dependence on these prescribed opioids exceeded their availability for the majority of users. These patients turned to illegal and unregulated alternatives, the opioid epidemic began, and hospitals, methadone addiction treatment centers, and morgues were soon flooded with victims.

Although the epidemic remains an urgent crisis, many consider a light to finally be emerging at the end of the tunnel. Pharmaceutical companies are admitting that they promoted synthetic opioids under false pretenses and are facing significant consequences. Also, emergency drugs for reversing an opioid overdose, such as Narcan, are becoming widely available and practical. And awareness initiatives are taking hold, especially among the physicians that once prescribed the highly addictive drugs. Lastly, methadone addiction treatment centers, though overburdened, continue to provide life-saving treatment for heroin addiction and opioid addiction. The struggle continues, but the tide is turning.
Hours